As all good theologians know, Heaven is a lot like a tropical island in the Caribbean, where cool gentle breezes refresh the land and the soul from the heat of the day. Hence Christmas is best celebrated in shorts and a tank top, preferably at the beach. Forgive me, but I do not dream of a “white Christmas.”

The idea of snow, being bundled-up, and some strange creature called “Jack Frost” nibbling at my nose seems oh so foreign. There is something uncivilized about freezing one’s rear while running around town buying Christmas gifts.

Seriously, whoever heard of a Christmas without a palm tree wrapped in Christmas lights, with a manger scene at its base?

Christmas, for this Latino at least, when it’s away from my culture and family, is bitterly cold.

On the 24th the entire extended family would go over the patriarch’s house. Children would be shaking the boxes under the tree trying to guess their gift.

The women (forgive our machismo) would be in the kitchen cooking the best foods this side of paradise: yucca, arroz blanco con frijoles negro, plÃ¡tanos maduro. For dessert someone would make either flan or tres leches–ideally both!

The men would be in the back yard digging a hole where they would soon wrap a whole pig in banana leaves for cooking. Once el puerco asado is ready, a picnic table would be set-up under the stars as the family gathers to celebrate Noche Buena.

Someone would thank God for the two greatest Christmas gifts imaginable–God’s son and our family. After dinner, gifts are exchanged and opened. No one gets a fruit cake! [The best thing about being Cuban is that we get to do this again on Three Kings Day (Jan. 5). Imagine–two sets of Christmas gifts!]

Soon afterward, the old men would set up a card table on the porch and start a game of domino, chewing on the roasted skin of the pig while sipping from a glass of Barcadi rum to fight off the nip in the air.

Of course, the conversation will eventually turn to politics as they solve all of the world’s problems. Someone would eventually play un merengue on the stereo as everyone, old and young alike, dances the night away. We celebrate our God through our sacred fiestas, families coming together in love.

Yes, I do miss Christmas, family and my people’s customs and traditions. But, we Latino/as are a people who have learned how to adapt to whatever situation we find ourselves in, even when living in the coldness of el norte.

This is best illustrated in the following re-adaptation of a North American classic. I take no credit for its cleverness, as the author is unknown. Nevertheless, it will resonate with the many Hispanics who have made somewhere else their home.

T’was the night before Christmas, and all through the casa
Not a creature was stirring, caramba! Que pasa?
Los niños were all tucked away in their camas,
Some in long calzones, some in pajamas.
While mama worked late in her cocina,
El viejo was down at the corner cantina
Living it up with the amigos.
Carrancho!
Muy contento and pocco borracho.
While hanging the stockings with mucho cuidado
In hopes that old Santa would feel obligado
To bring all the niños, both buenos y malos
A nice bunch of dulces and other regalos.

Outside in the yard, there arose such a grito,
That I jumped to my feet like a frightened cabrito.
I ran to the window and looked out afuera,
And who in the world do you think it era?
Saint Nick in a sleigh and a big red sombrero
Came dashing along like a crazy bombero.
And pulling his sleigh, instead of venados,
Were eight little burros, approaching volados.

I watched as they came, and this quaint little hombre
was shouting and whistling and calling by nombre
“Ay, Pancho! Ay, Pepe! Ay, Cuca! Ay, Beto!
Ay, Chato! Ay, Chuchi! Maruca y Nieto!”
Then, standing erect with his hand on his pecho,
He flew to the top of our very own techo.

With his round little belly like a bowl full of jalea,
He struggled to squeeze down our own chimenea.
The huffing and puffing, at last to our sala
With soot smeared all over his red suit de gala,
He filled all the stockings with lovely regalos,
For none of the niños had been very malos.
Then chuckling aloud, seeming muy contento,
He turned like a flash and was gone like the viento.

And I heard him exclaim–and this is verdad,
“Merry Christmas to all! Feliz Navidad! 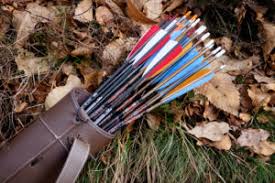 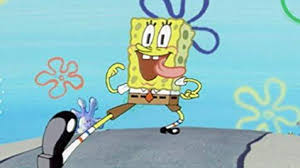