They come here to take away our jobs and use up our social services. They come in search of the American Dream hoping to find a better life for themselves and their families. These are the two most common answers given when asked why They cross the border. Yet, the real reason They keep coming is bananas. Yes–bananas. And our refusal to honestly deal with the role of bananas contributes to much of the misinformation surrounding the current immigration debate.

Before 1870, most Americans never heard of bananas. Two individuals, Lorenzo Dow Baker and Minor Keith, independently of each other, are credited with being the first to introduce bananas to the American consumer. Within a decade, Americans went bananas over bananas (please forgive the irresistible pun).

By 1890, Baker and Keith, along with Andrew Preston, a Boston entrepreneur, joined forces to create the Boston Fruit Company. By 1899 Americans were consuming over 16 million bunches a year. That was also the year that Boston Fruit merged with United Fruit to create the notorious United Fruit Company, the largest banana company in the world, with plantations throughout Central America, South America and the Caribbean.

Around this time President Teddy Roosevelt started talking about “gun boat diplomacy” and “speaking softly but carrying a big stick.” While most of us remember these sayings from grade school, few truly understand their impact on the histories of Central and South America.

Not only was Guatemala under the control of U.S. companies–hence the term banana republic–but so was every nation along the Caribbean Sea (along with several South American countries). No country could have a leader without the expressed blessings of the U.S. ambassador to that country.

Jacobo Arbenz was eventually elected president through a free and open election. He implemented land reforms to deal with this injustice. However, he ran into one major problem. The United Fruit Company was a major holder of unused land.

So, thanks the Dulles brothers, one which was Eisenhower’s Secretary of State and the other who was the head of the CIA, the U.S. Marines landed in Guatemala to overthrow a democratically elected government and replaced it with a military dictatorship under the pretense that Arbenz was a Communist.

Of course Guatemala is not the only country where the Marines landed to install brutal dictators that would protect the business interests of U.S. corporations. Every country along the Caribbean has been invaded by the United States at least once during the 1900s. The result of U.S. installed “banana republics” created poverty, strife and death in all of these countries.

This brings us, then, to where this article began: Why do They keep coming?

When the U.S. military provided the freedom for U.S. corporations like the United Fruit Company to build highways into these developing countries to extract, by brute force, their natural resources, some of the inhabitants of those countries, deprived of a livelihood, took those same roads to follow their resources.

They come following what has been stolen from them. We have an immigration problem because for over a century, we have been–and continue to–exploit Latin America.

Maybe the ethical question we should be asking is not “why” are they coming, but, how do we begin to make reparations for all we have stolen to create the present economic empire we call the United States? 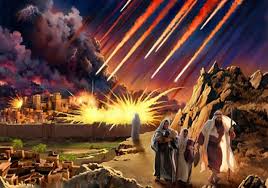 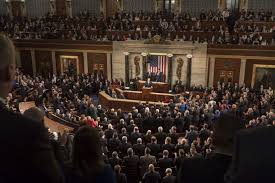