Lessons from Niebuhr Put Obama at Odds with Poor

“I love him. He’s one of my favorite philosophers,” was the reply.

Brooks proceeded by asking what, if anything, Obama took away from Niebuhr’s writings.

Brooks said that Obama responded, “I take away the compelling idea that there’s serious evil in the world, and hardship and pain. And we should be humble and modest in our belief we can eliminate those things. But we shouldn’t use that as an excuse for cynicism and inaction. I take away … the sense we have to make these efforts knowing they are hard, and not swinging from naÃ¯ve idealism to bitter realism.”

Obama’s Niebuhrian leaning puts him at odds with the poor and oppressed of the world. Niebuhr’s (and Obama’s) realism seriously considers human opposition to God due to the “sin of pride.” While we can applaud this ethical realism for its incorporation of analytical tools to discern reality, still, in spite of Niebuhr’s claim of basing his ethical thoughts on realism, it remains an excellent example of ideological ethics.

Why? Because his ethics lack the multiple consciousnesses required to perceive what constitutes realism, and how that reality operates to preserve and maintain the prideful status quo designed to privilege one group at the expense of others.

According to a 1943 article titled “Anglo-Saxon Destiny and Responsibility” written for Christianity and Crisis, Niebuhr revealed the leadership role that the Anglo-Saxon race was to play in the world was God ordained – their manifest destiny if you will. But to assume that this view was arrived at only after the carnage of the Second World War and the unstable world order that preceded the conclusion of the war masks how he also advocated U.S. imperialism prior to the war.

When considering the alternatives to Nazism in a 1942 article titled “Plans for World Reorganization” for that same journal, Niebuhr believed Anglo-Saxon imperialism was the best possible option within a “realistic imperialistic” world order.

Although conscious that the U.S. might become too imperialistic, Niebuhr feared more the global anarchy emerging in the wake of the Second World War. In spite of the possible downsides to empire, Niebuhr called the U.S. to “responsible” imperialism.

For U.S.-assumed global leadership to be effective, order within society and in the global arena is needed, even when order creates certain injustices. Ethics becomes defined as minimizing injustices within a sphere of restraint in the U.S. overreach while avoiding the pitfalls of conducting itself either arrogantly or in a prideful matter.

Niebuhr relates ethical principles like justice, liberty and social order to the Christian concept of love. Although these ethical principles are not necessarily in conflict with each other, Niebuhr believes they should be prioritized. The global disarray following the Second World War and the need for a stable world order in a nuclear age led Niebuhr to make a preferential option for order, even at the cost of certain inequalities.

Unfortunately, the cost to the marginalized community in terms of underdevelopment and minimal resources paid for by Niebuhr’s realism is too high a price. The pragmatism expressed by such Euro-American idealistic ethicists undermines any movements toward liberation by reinforcing the prevailing power structures grounded in the empire toward the establishment of justice.

For the liberationist, Euro-American realism is the problem. In the name of realism, ethics fails to challenge the oppressive status quo of neoliberalism. Niebuhr’s realism liberates political powers from the demands of the gospel message. In the name of realism, oppressive structures become a necessity of law and order. By the 1950s, Niebuhr’s realism becomes an ideological apologetics for U.S. global dominance.

This ideology of realism is most visible in “The Structure of Nations and Empires,” written toward the end of Niebuhr’s teaching career. Studying the recurring historical phenomena of the inevitability of empire, he gleans lessons that the U.S. can adopt to fulfill its global hegemonic responsibilities to serve as a check against what he perceived to be the Soviet Union’s global aggressiveness.

Niebuhr did not see colonialism as a moral evil, but rather as a moral ambiguity where the “tutelage of colonialism” can benefit humanity. The concept of imperialism can be neutral, and in some cases, a positive force for the human condition. Empire, in and of itself, is not an immoral form of dominion for it can serve as trustees for civilization that “bestow a value of universal validity.” Unlike empires of old that may have been more harmful than beneficial, the U.S. empire of Niebuhr’s time was merely a “servant to the universal community.”

In Niebuhr’s mind, the U.S., while not seeking it, became the most powerful nation in human history because of its moral superiority. In an earlier book titled “The Irony of American History,” Niebuhr asserts that the U.S. “moral advantage lies in the fact that [it] does not have a strong lust for power which always accompanies its possession.”

It goes without saying that those of us who come from nations that were possessions of the U.S. have a very different opinion concerning the United States’ lust. And although he was quick to point out the shortcomings and sins of a morally superior United States, specifically its pride and egotism, it is still superior to all other nations and systems of governance that, by comparison, must have greater shortcomings and sins.

Niebuhr’s call for imperialistic intervention to counter Communism’s “absurd religio-political creed” remains unconscious of his own neoliberal infiltration. Perceiving the dangers the Soviet communist threat poses, he is oblivious to the inhumane and uncivilized threat of savage capitalism as unleashed by multinational corporations.

It is for this reason that Niebuhr’s realism, and Obama’s as well, must be rejected for it is, and continues to be, an ethical paradigm constructed with the explicit goal of making a preferential option for the political and economic interest of the U.S. empire, and, as such, is by definition against the interests of what Fanon has called, “the wretched of the earth.” Obama, and the nation, would be better off if he finds a new favorite philosopher. 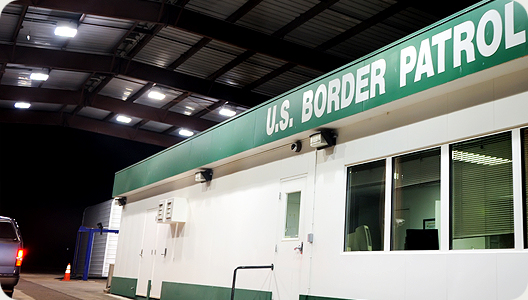 [1] Anyone who calls him or herself a Christian should seek compassionate, just, and wise immigration reform. Millions of undocumented aliens are forced to live in the shadows of the law hungering for someone to bring them the good news that they are more than objects of a… 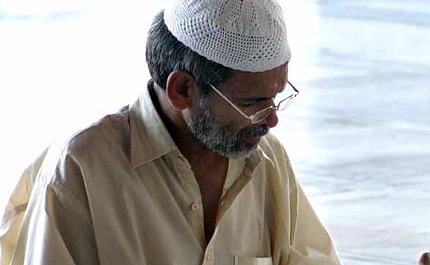 What I Learned as a Christian Reading the Quran

The high levels of Islamophobia expressed in vandalizing mosques, the debate over building a center in New York and the canceled burning of Qurans in Florida have led many pundits to misquote and misrepresent what’s in the Quran. I have heard people say that the…