A study conducted by the Guttmacher Institute reveals that issues related to reproductive health received unprecedented attention at the state level in 2011.

The present strategy is to incrementally narrow abortion laws in states where Republicans control the legislature until a sympathetic Supreme Court is in place to overturn Roe v Wade.

For example, 26 states require a waiting period for a woman seeking an abortion, 35 require mandatory counseling, and three states established stringent regulations that only affects abortion providers but not other providers of outpatient surgical and medical care.

Three states require abortion providers to have hospital admitting privileges but not other providers of outpatient surgical and medical care. Eight states mandate invasive ultrasound prior to having an abortion.

Attempts have been made in several states to either declare that life begins at conception or grant human rights to embryos as a pathway to legally overturn abortion.

By 2012, 10 states banned abortion at or beyond 20 weeks’ gestation. The most restrictive ban, and strongest challenge to Roe v Wade, was passed in Arkansas. There, no abortion can be performed past 12 weeks when the fetal heartbeat can be detected with an abdominal ultrasound.

By May 21, a federal appellate panel struck down an Arizona abortion ban, finding it unconstitutional “under a long line of invariant Supreme Court precedents” that guarantee a woman’s right to end a pregnancy any time before a fetus is deemed viable outside her womb — generally at 24 weeks.

Within 24 hours, House Republicans proposed federal legislation that would ban all abortions after 20 weeks of pregnancy. This is not the first time Congress has tried to pass such legislation. In 2011, the House attempted to allow hospitals receiving federal funds from refusing to perform emergency abortions even when the life of the mother was at stake.

Regardless of differing views on abortion, the political system seems to be moving toward a political stance that the reproductive organs of women must be regulated by the government (if not state, then federal), whose majority of legislators are comprised of men.

Some of its funds cover birth control. About a quarter of Title X’s $300 million budget went to Planned Parenthood, which serviced about a third of Title X’s patients in 2011. The poor women of San Carlos, an impoverished town in southern Texas, for example, have relied on Planned Parenthood to obtain breast-cancer screenings, free birth-control pills and pap smears for cervical cancer.

Maria Romero, a housecleaner with four children, is one of those women. Before the clinic closed in the fall of 2011, a lump was discovered in her breast. The San Carlos clinic closed, along with over a dozen others throughout the state, because financing for women’s health was slashed by about two-thirds by the state’s Republican controlled legislature. Some 400,000 women across Texas were left without services.

The next-closest clinic to Ms. Romero is 16 miles away in Edinburg. She has no means by which to get there, and even if she did, the wait time for an appointment is four weeks. To make matters worse, she cannot afford the $20 for a monthly supply of birth-control tablets, which before she obtained for free.

None of these clinics performed abortions, but supporters of the cutbacks were mainly motivated by their opposition to abortion. Gov. Rick Perry rejected receipt of $35 million in federal funds that would have financed women health programs in order to ensure that Planned Parenthood received none of those funds. Other states are following Texas’ lead in one way or another.

Such tactics are not limited to the state level. Since 2011 the Republican controlled House of Representatives has attempted to pass legislation that would have eliminated all funding for Title X, mainly because of its connection to Planned Parenthood. 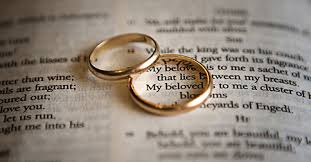 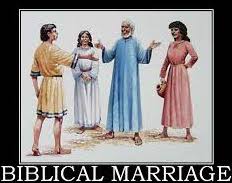 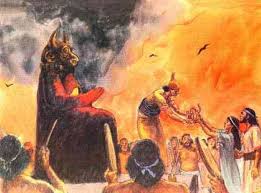