Returning to the land which witnessed my birth is always a gut-wrenching experience. Separation from my island has now been five times longer than Odysseus’ was from his. But unlike Odysseus, who was returning to a place he was familiar with, I am attempting to piece together some type of rootedness upon the shifting sands of my parents’ false memories (sí, porque los bichos no picaban, y los mangos eran más dulce; yes, because the bugs were not biting, and mangoes were sweeter).

Every Cuban over a certain age lives with a particular trauma caused by the hardships of being a refugee. Homesickness for a place that was never home, mixed with nostalgia, romanticization and an unnaturally taught hatred toward various actors blamed for our Babylonian captivity contributes to the trauma of not having a place, of not ever being able to visit one’s grandmother’s garden to eat mangos from its trees, nor enjoy the gentle sea breezes.

By the rivers of Miami we sat and wept at the memory of La Habana. There on the palm trees we hung our conga drums. For there, those who stole our independence with gunboat diplomacy, asked us for songs. Those who forced on us the Platt Amendment demanded songs of joy. “Sing us one of the mambo songs from Cuba.” But how can we sing our rumba in a pagan land? If I forget you, mi Habana, may my right hand wither. May my tongue cling to the roof of my mouth if I do not remember you, if I do not consider la Habana mi mayor alegría. Remember, Yahweh, what the oppressors did. A blessing on him who seizes their infants and dashes them against the rock!

As I stroll down el malecón, as I amble along calle Obispo, as I have a daiquiri en el Floridita, I observe. I randomly gaze at my surroundings, reflecting upon what I see, attempting to understand what occurs beneath the surface. In no specific order, here are some of my musings:

The most painful thing I notice is how I am not fully accepted aquí o allá — here or there. I am held in contempt and suspicion on both sides of the Florida Straits. Here, I’m too Cuban to ever be American, and there, I’m too American to ever be a Cuban. The trauma of which I speak is never belonging.

As you contemplate these reflections, note I have again returned to la isla de dolor. Like Odysseus I am struggling against the gods who decree separation from the fantasy island I claim to love, an irrational love toward a place where I am neither welcomed nor truly belong. I close these reflections with that of another refugee, who also spent his life wandering the earth where there was no place he could call home or where he could rest his head. According to José Martí, “Let those who do not [secure a homeland] live under the whip and in exile, watched over like wild animals, cast from one country to another, concealing the death of their souls with a beggar’s smile from the scorn of free persons.” 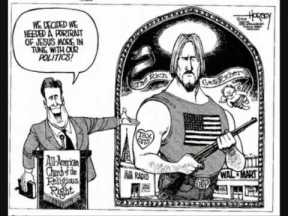 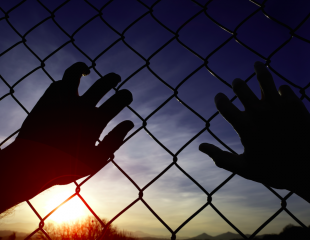 To hope is not some wishful desire but an expected joy that God will bring about God’s purposes. Jürgen Moltmann argued for a hope based in a God who keeps promises, a God who is a step ahead of humanity making all things new. Moltmann’s hope is…

Using my own body as a canvas, I began in 2011 to exclusively wear bow ties. I work in an institute of higher learning, the kind of place where you might think the Roger Kimball quip, “There is something about the combination of denim and…