This book will attempt to explore faith-based responses to unending injustices by embracing the reality of hopelessness. It rejects the pontifications of some salvation history that move the faithful toward an eschatological promise that, when looking back at history, makes sense of all Christian-led brutalities, mayhem, and carnage.

Hope, as an illusion, is responsible for maintaining oppressive structures. This book struggles with a God who at times seems mute, demanding solidarity in the midst of perdition and a blessing in the midst of adversity. How can the Creator be so invisible during the troubling times in which we live—times filled with unbearable life-denying trials and tribulations? The book concludes with a term De La Torre has coined in other books: an ethics para joder—an ethics that “f*cks with.” When all is hopeless, when neoliberalism has won, when there exists no chance of establishing justice, the only choice left for the oppressed is to “screw” with the structure, literally turning over the bankers’ tables at the temple. By upsetting the norm, an opportunity might arise that can lead us to a more just situation, although such acts of defiance usually lead to crucifixion. Hopelessness is what leads to radical liberative praxis.

“Many people cannot afford to be hopeful, De La Torre reminds us, because of the challenging realities of life on planet Earth. The remedy is not to conjure up more hope in the face of suffering and death but to let the crucifixion of hope be our guide, moving forward in solidarity with oppressed communities and thinkers informed by them. Even those somewhere in the middle might be able to make a difference if they dare to stare in the face of a growing loss of hope that affects them more than they realize. Rather than a minority, the majority of humanity is impacted by this book.”

“Without this embrace of hopelessness, our best aspirations turn to fatuous comfort, virtuous self-delusion, toxic benevolence. Or so I now realize. De La Torre’s challenge cuts with brilliant precision through the tissues of denial. Its embrace does not then harden into nihilism but flows into lament. So, possibility might liberate itself from optimism. It might.”

“Embracing Hopelessness is a powerful and bracing book. In it, Miguel A. De La Torre develops the theological alternative to Moltmann’s Theology of Hope, taking up many of the most difficult political issues of our world today. He spares us no illusions but gives something even more precious: the chance to live without illusions in solidarity with the most vulnerable human beings. It is precisely the resistance to the brutal ideology of complacent hope that is most stirring. Everyone who considers themselves humane, ethical, and/or religious should read and struggle with it.”

“Liberative ethics demands a crucifixion of hope. Miguel A. De La Torre’s Embracing Hopelessness is a frontal assault on Jürgen Moltmann’s Theology of Hope, unveiling the Eurocentric triumphalism at the heart of the eschatological ethics of Europe. By embracing hopelessness, followers of Jesus today renounce all illusions of political progress, while steadily seeking to embody a shalom justice that surpasses all understanding through revolutionary love. Writing each chapter in conversation with theologian of another race, ethnicity or religion, De La Torre hearkens a new form of social ethics for the 21st century — Ética de conjunto (“ethics done jointly”). The third volume of his trilogy is a fiery manifesto for justice, weaving together deep wisdom with humility and grace.” 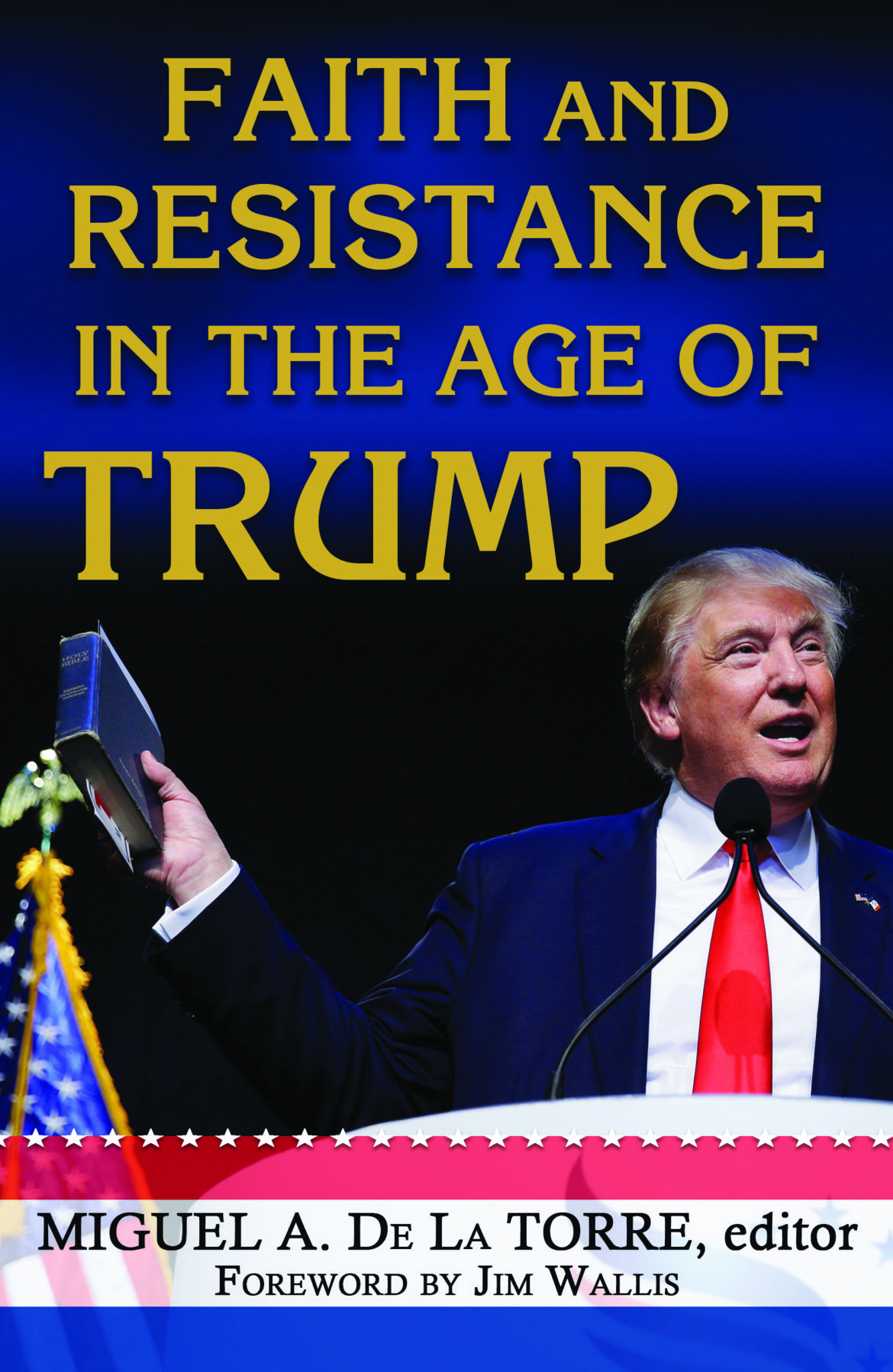 Faith and Resistance in the Age of Trump