Liberating Jonah: Toward a Biblical Ethics of Reconciliation

When a reluctant Jonah finally entered Nineveh to announce God’s grace to the powerful Assyrian empire, God brought about reconciliation between the oppressors and the oppressed. Today, too, the world is inhabited by both oppressors and oppressed, and in desperate need of reconciliation–between different ethnic backgrounds, socio-economic levels, and gender and sexual orientations.

Liberating Jonah describes the significant role that can be played by the underrepresented and oppressed as instruments of reconciliation today. Accessible language makes this book appropriate for undergraduate classrooms as well as church study groups.

“De La Torre reads the book of Jonah from the context of those displaced and dehumanized by empire.  He illuminates afresh the story of Jonah and the predicament of those cosseted and protected by empire.  The book is clear and passionate, perfect for the classroom and for anyone who cares about justice, peace, and true security.” 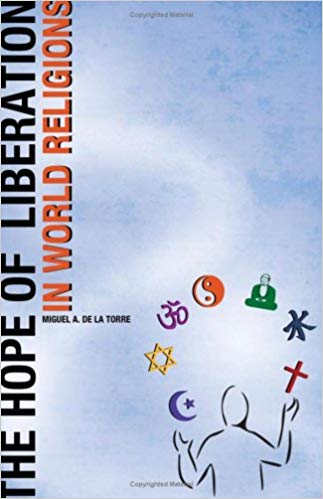 The Hope of Liberation within World Religions