The Quest for the Cuban Christ: A Historical Search

In The Quest for the Cuban Christ, Miguel A. De La Torre examines symbols enriching the Cuban experience through a highly creative historical and cultural framework. He argues that for all Cubans, Christ must be understood through the historical analysis of the Cuban culture and that God saves Cubans in a quintessentially Cuban way.

De La Torre juxtaposes two disciplines long considered mutually exclusive–liberation theology and postmodernity–to test the relationship between the faith of marginalized Cuban groups and the overall Cuban identity. His approach challenges the Latino academic religious community to seriously consider and acknowledge how vastly the Cuban religious experience differs from that of other traditions. He also confronts the proposition that Christ can be understood through a general Latino social location.

De La Torre analyzes key figures, groups, and periods in Cuban history as well as the ways Christ is being depicted in Cuban art today. His focus centers on the art created by marginalized segments of Cuban society, both in Cuba and the United States, to illuminate points of view from those previously silenced throughout Cuban history. His argument moves beyond a purely spiritual reading to explore how Christ is created by those who were and are oppressed by the Cuban culture, a theme that he uses to debunk the Christ of the powerful and privileged who until recently have been the sole arbiters of the Cuban identity.

“A sweeping and stunning interpretation of Cuban religion and culture, from the religious fervor that surrounded the recent Elian Gonzalez saga in Miami to a religious view from the underside of Cuban history.”

“A fascinating [and] controversial interpretation of Cuban history and religions that should be read by anyone interested in understanding North American Latino religions and culture.” 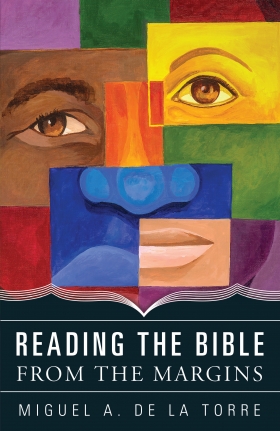 Reading the Bible from the Margins