Our faith tells us that anyone can come to Jesus. The evangelistic message is that Jesus will turn no one away. We can come just as we are, ill and diseased. All who seek healing will find salvation and liberation in the arms of Jesus, for his unconditional love accepts everyone — regardless of their race or ethnicity.

Or does it? Matthew 15:21-28 recounts the story of a Canaanite woman who came to Jesus desperately seeking a healing for her daughter.

The Canaanites during Jesus’ time were seen by Jews as being a mixed race of inferior people, much in the same way that some Euro-Americans view Hispanics today, specifically the undocumented. The Canaanites of old — like Latino/as of our time — did not belong. They were no better than “dogs.”

For this reason Jesus’ response to the Canaanite woman is troublesome. When she appealed to Jesus to heal her sick child, our Lord responded by saying: “I was sent only to the lost sheep of the house of Israel. It is not good to take the bread of the children and throw it to the dogs.”

No matter how much I try to redeem the text, I cannot ignore the fact that Jesus called this woman of color a dog! I am forced to ask the uncomfortable question: Was Jesus a racist?

In this story, I find myself relating more with the Canaanite woman than with Jesus.

When Arizona recently passed Proposition 200, a template for subsequent legislation throughout the country that restricts or denies medical and other services to immigrants who lack documentation, I was reminded that we are the dogs of society.

When congressman and former presidential candidate Tom Tancredo states that Hispanics are “coming to kill you, and you, and me, and my children and my grandchildren,” I am reminded that we are the dogs of society.

And when Latino/as are more likely to live with pollution, exposing them to greater health risks, I am reminded that we are the dogs of society.

In the fullness of Jesus’ divinity, he had to learn how to be fully human. His family and culture were responsible for teaching him how to walk, how to talk, and how to be potty-trained.

He also learned about the superiority of Judaism and the inferiority of non-Jews, in the very same way that today there are those within the dominant culture who are taught America is No. 1

For some, this superiority takes on a racial component where European descent makes one more advanced than does Hispanic ancestry. The minority who insist on voicing their superiority can easily be dismissed as racist and thus ignored.

However, there remains an unexamined majority who are complicit with social structures that — whether they like it or not — are racist in their favor. They may not go to the extreme, like Jesus did, in refusing a medical healing to a woman of color while calling her a dog; nevertheless, the inherent racism in the medical establishment accomplishes the same goal without having to overtly refuse a healing or call people of color dogs.

Latino/as as today’s dogs is evident in a quality of health care that ranges from poor to non-existent.

Nevertheless, for Christians, the imago Dei finds its fullest expression in the personhood of Jesus as he turned many “rules” upside down. This is a truth that even Jesus, in his full humanity, had to learn.

To deny this woman a healing and call her a dog reveals the racism his culture taught him. But Jesus, unlike so many within the dominant social structure of today, was willing to hear the words of this woman of color, and learn from her.

And thanks to her, Jesus’ ministry was radically changed. The Canaanite woman responded by saying, “For even the dogs eat the crumbs that fall from the table of their masters.”

Her remark shocked Jesus into realizing that faith was not contingent on a person’s ethnicity. In fact, Jesus had to admit that this was a woman of great faith.

This woman of color had to cross the “border” demarcated by Jesus’ culture. But she crosses this border not to worship her oppressor (Jesus), but to demand an equal place at the table of the Lord. She demands to be treated as an equal.

It matters little if she belongs. It matters less if she has proper documentation. Her daughter was sick and because of her humanity, she was entitled to a healing. She was more than the dog he called her.

Up to this point, the gospel message was exclusively for the Jews. In Matthew 10:5, Jesus sends his 12 disciples on their first missionary venture. He clearly instructs them, “Do not turn your steps into other nations, nor into Samaritan cities, rather go to the lost sheep of the house of Israel.”

Yet five chapters later, Jesus encounters the Canaanite woman who existed on the margins of his society. She challenged Jesus with the good news that healing was not the exclusive property of one ethnic group. Instead, healing should be available to all who come.

Jesus learned something about his mission from this woman of color. How do we know this? By the end of his ministry when he gives the Great Commission, he commands his followers to go out to all nations, not just the people of Israel.

Now, if Jesus is willing to learn something from the margins of society, from those who he was taught were his inferiors, no better than dogs, shouldn’t Euro-Americans who call themselves his disciples today be willing to do likewise? 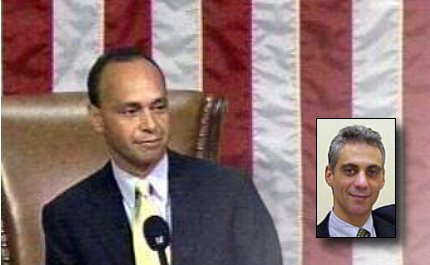 From a cramped, dingy Birmingham cell, he wrote a letter to the liberal and moderate civic leaders of the community. It was a letter written to those who were supposed to be allies in the struggle for basic human rights, but instead were cautioning “patience”… 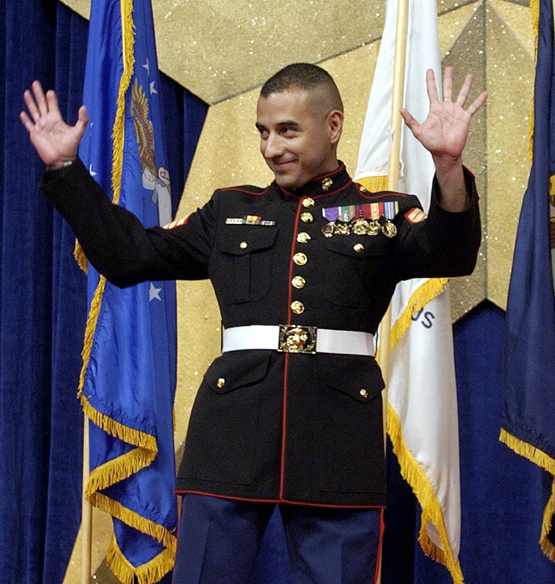 Regardless of one’s feelings about the war in Iraq, it is important to provide support to the young men and women who put their lives on the line in obedience to their country’s call. One such man that deserves our support is Marine Staff Sergeant… 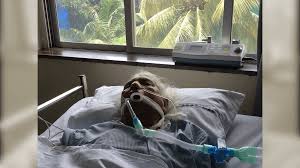