Ever heard of Operation Streamline?
The clanking of shackles, reminiscent of the old chain gangs of Jim Crow’s South, is the first thing one notices when entering the William D. Browning Special Proceeding Courtroom in Tucson’s U.S. District Court.

On a recent Thursday afternoon, 64 brown men and three brown women, mostly in their teens and 20s, sat silently, manacled individually at the wrist, waist and ankles.

Throughout the proceedings, I heard the constant clanking of chains. This haunting and disturbing sound rang in my ears when I tried to sleep that evening.

These souls were charged with “illegal entry,” a federal petty offense that is a lesser charge than a misdemeanor.

I asked Heather Williams, supervisor of the Federal Public Defender Office for the District of Arizona, what would be an equivalent act for a U.S. citizen to commit.

After some thought, she responded with “shoving someone on federal land with the intent to shove.”

Judge Jacqueline Marshall was presiding on this particular day. The defendants sat silently in the large courtroom, dressed and unbathed in the same clothes they wore when they were initially picked up by the Border Patrol during the past week.

Prior to their trial, they were held in a converted military base, which was never intended as a prison.

Not surprisingly, there were no beds (just benches), forcing most to sleep on concrete floors, and only a few of them received blankets. The water fountain did little to quench the thirst of those who recently attempted to cross the desert, and the lack of cooking facilities at the base offered little nourishment.

If they were carrying any medicine, it was confiscated, placing several (i.e., diabetics) at grave risk.

According to newspaper accounts, a few have died while in detention for not having access to their meds –a clear violation of the Geneva Convention.

Prior to the hearing, the court-assigned attorney met with the defendants, usually in groups, to explain complex legal procedures in a few minutes, procedures that took me (a fluent English speaker with a doctorate) almost half a day to comprehend.

The exploration of possible grounds for asylum or derivative citizenship (having a parental citizen connection) was either skipped or misunderstood during these huddles.

Also, since the consultation occurred in the same courtroom where all the defendants would be convicted – in the presence of court officials, border patrol personnel and U.S. marshals – the attorney-client privilege was violated.

On this day, there were 10 defense attorneys in the courtroom representing about seven migrants each. For their full day of service (morning consultation and afternoon conviction) they were paid $125 an hour. Tucson pays $3 million a year just to reimburse these attorneys, according to Williams.

Similar trials for those caught entering the United States occur all five days of the week, a fairly new phenomenon known as Operation Streamline.

Prior to 2005, those who entered the country without proper documentation were not prosecuted; they simply were deported.

However, since then, an elaborate legal procedure has been created ensuring that before the undocumented migrant is deported, a criminal record is established.

Of course, not every migrant caught crossing the border experiences Operation Streamline.

An undocumented number of them are simply deported without any trial, raising concerns of number manipulation to demonstrate fewer convictions (hence incorrectly associating these numbers with fewer immigrants crossing), which falsely justifies how militarizing the border since 1994 is indeed working.

The penalty for entering the United States without proper documentation is a maximum of six months in jail, a $5,000 fine or both, which is routinely plea-bargained for time served.

All the defendants on this day pleaded guilty, as do 99.9 percent of all who ever go through Operation Streamline. They were charged, tried, convicted and sentenced in groups of five.

I took out a stopwatch to time how “efficient” justice en masse works. I timed it at 1 minute and 44.2 seconds or about 20.4 seconds per person, raising grave concerns about due process as enshrined in the Fifth and Sixth Amendments of the U.S. Constitution.

I left that day wondering if I just witnessed some type of kangaroo court procedure one would expect to see in a nation under a dictatorship, where court proceedings mask injustice but nevertheless serve as an important veneer of legality for the outside world community.

About 40 of the defendants were charged with a misdemeanor because this was their second attempt to enter the United States. They each received some sentence time, usually longer than a month.

To house one of them, according to Williams, costs taxpayers $2,000 a month – more than the approximately $850 we spend to educate a child in our public schools.

Housing all 40 convicted on this day would cost $80,000. Realizing that this procedure is repeated each day, taxpayers can expect to spend $1.6 million a month for just the Tucson district.

Multiply this by all the federal districts on the U.S.-Mexico border and we are talking about a billion-dollar industry.

Regardless of one’s views on immigration, Operation Streamline is problematic because it violates basic human rights, making a mockery of the implied fairness of our judicial system.

For those who are concerned about the cost of government, how we process immigrants is definitely not cost effective. Surely, we can find a more equitable way to live up to our rhetoric “and justice for all.” 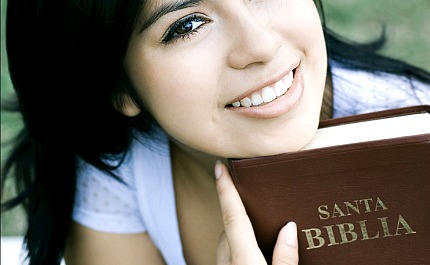 How Language Use Forces Minorities to the Margin

Desi Arnaz played the role of Ricky Ricardo in the popular 1950s sitcom “I Love Lucy.” Hanging on his dressing room door was a sign that read, “English is broken here.” For those of us who are Hispanic, our “broken” English serves as a reminder… 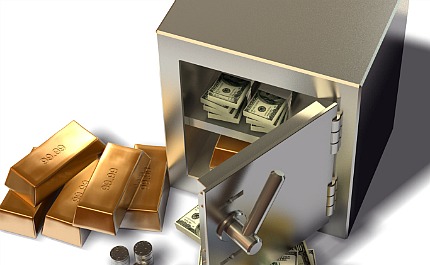 Class warfare is a term used by politicians and political pundits whenever the public (rich or poor) questions the disparity of wealth in this nation. To raise concerns about the ever-growing economic gap is to risk being accused of fomenting social unrest or, worse, of…