One of the unexamined assumptions of the Christian faith is a theology that is based on esperanza, on hope. “All things works for the good of those who love God, and who has been called according to God’s purpose” (Ro. 8:28). To hope in English is to expect, to await something good. In Spanish, the word esperanza is derived from the word esperar. To hope in Spanish, esperar, means (according to the Velázquez dictionary) to wait in apprehension of either good or evil. The usage of the Spanish word connotes a darker, more complex meaning that implies fear of what is awaited. To wait doesn’t always imply a happy ending, especially if the waiting drags on for centuries as in the case of Hebrew slaves in Egypt or Latino/a residing in the belly of the Empire. I have no problem with a hope in God; I do however find it problematic to hope that all things will work out for the best. History and personal experience shows that it seldom does. Good Christians with plenty of hope in God’s protection die in horrible accidents, experience financial collapse, and lose all that is dear – just like non-Christians. Bad things do happen – and happen often – to good people. Claiming hope, as protection from evil becomes somewhat naïve, especially if as Hispanics, one is perceived to be a perpetual foreigner. Many Latina/os can relate to King David’s pronouncement, “We are foreigners and strangers before the eyes of God, just as were all our ancestors. Our days on earth are like a shadow, without hope” (1 Ch. 29:15). With Job, and all who suffer unjustly, we are forced to cry out to an apparent silent Heaven, “where then is my hope and who can perceive any hope for me?” (Jb. 17:15).

If hope is irreducible to the personal, can we instead speak of the eventual hope of the triumph of justice? Does not history lead toward ultimate salvation for humanity? I am not convinced, as was Martin Luther King, Jr. that “the arc of the moral universe is long, but it bends towards justice.”[i] I fear that philosopher Walter Benjamin might have been closer in understanding historical progress (or lack thereof) when he quip: “There is no document of civilization which is not at the same time a document of barbarism.”[ii] What if how we create history and how we remember our past simply justifies the values and social power of those who gets to write history, literally writing their privileged space into the national epic? What if there is no historical movement, leading toward some secular ideal based on enlightenment and reason or some religious ideal based on some heavenly paradise? When Benjamin gazes upon Paul Klee painting Angelus Novus, he sees “an angel looking as though he is about to move away from something he is fixedly contemplating. His eyes are staring, his mouth is open, his wings are spread.” For Benjamin, who owned this print, “This is how one pictures the angel of history. His face is turned toward the past. Where we perceive a chain of events, he sees one single catastrophe which keeps piling wreckage upon wreckage and hurls it in front of his feet.”[iii] There is nothing inevitable about the passage of time, no teleology to history, nothing but a game of random chance. What we call history is chaos, with no rhyme or reason, mainly because the events are as unpredictable and contradictive as humans. One is hard press to notice (as did Hegel) any type of progressive dialectical march toward a better human existence.

Modernity has taught us that we, as a species, are moving toward utopia; rather we claim capitalism (a rising tide will raise all ships) or communism (the eventual withering away of the state). Both share a salvation history. Hope exists that the future, thanks to God or science or human ingenuity, will be more forward thinking and more egalitarian, than the past. But what if there is no salvation history? What if the premodern (history made by God) and modern (history made by the human subject) views are wrong? What if the historical dialectic that moves history in an upward spiral is but an optimistic construct forced on a very select history? For Benjamin, a storm is blowing from Paradise that has caught the Angelus Novus wings with such violence that the angel can no longer close his wings. “The storm irresistibly propels him into the future to which his back is turned, while the pile of debris before him grows skywards. This storm is what we call progress.”[iv] Dark ages of ignorance follows spans of enlightenment creating at times downward spirals, at other times upward spirals, yet at other times unrelated and unconnected events; in other words, a nonlinear disjointed, multidimensional passage of time? Michel Foucault argued that history does not exist, as did Hegel, as an internal and necessary unfolding dialectic flow moving in linear discourse; rather, what exists is a permanent historical discontinuation. History is not define through triumphant metanarratives, but instead is a kaleidoscope comprised of contradictory and complex untold stories and struggles of the very least among us who remain unnamed. History is full of stories of evil vanquishing good, brutality crushing peace. We presently live in a world that is not getting better for the global marginalized, rather, due to the widening wealth gap, getting worse. Billions are born into poverty and die to its consequences so that a privileged few can enjoy First World status. The marginalized offer up their lives as living sacrifices so that an elite can be saved and live well. ‘Vanity of vanities’, says the teacher. ‘Absolute futility. Everything is meaningless’ (Ec. 1:1). If all this is true, what role then is played by religious hope? Is it the opiate Marx claims it to be?

Hope, as a product of salvation history (either metaphysical or material dialectic) can be optimistically believed if we accept that the arch of history does bend toward justice. But if the past and present are any guides, the existing of such an arch is a faith statement assumed without proof. But hope, as a statement of unfounded belief serves an important middle-class purpose. All too often, hope becomes an excuse not to deal with the reality of injustice. For those struggling to survive, the truth remains that destitution and death await the disenfranchised. The reality of reading our daily newspapers is that for far too many who are on the margins of society, there is no hope. In a very real sense, waiting leads to nothingness. But we who are familiar with, and or grew up in marginalization are used to this. The oppressed of the world occupy the space of Holy Saturday, the day after Friday’s crucifixion, and the not yet Easter Sunday of resurrection. This is a space where some faint anticipation of Sunday’s Good News is easily drowned out by the reality and consequences of Friday’s violence and brutality. It is a space where hopelessness becomes the companion of used and abused people. The virtue and/or audacity of hope become a class privilege experienced by those protected from the realities of Friday or the opium that is used to numb that same reality until Sunday rolls around. Regardless of the optimism professed, the disenfranchised, their children and their children’s children will more than likely continue to live in an ever-expanding poverty. Sunday seems so far away. Waiting, esperando, becomes tiresome. The situation remains hopeless.

The hopelessness I advocate rejects quick and easy fixes that may temporarily soothe the conscious of the privileged but is no substitute for bringing about a more just social structure that is not based on the disenfranchisement of the world’s abused. But this hopelessness that I advocate is not disabling; rather, it is a methodology that propels toward praxis. All too often the advocacy of hope gets in the way of listening and learning from the oppressed. To sit in the reality of Saturday is to discover that the semblance of hope becomes an obstacle when it serves as a mechanism that maintains rather than challenges the prevailing social structures. But this is never an excuse to do nothing. It may be Saturday, but that’s no justification to passively wait for Sunday. The disenfranchised have no option but to continue their struggle for justice regardless of the odds against them. They continue the struggle, if not for themselves, for their progeny.

Walter Benjamin claims that “[t]he Messiah comes not only as a redeemer, but he comes as the subduer of the Anti-Christs.”[v] History ceases to be a dialectical sequence of events, like the beads of a rosary, leading humanity to some utopian future. If we are to hope against all hope, then it will be in understanding what Benjamin called the present, the “time of the now which is shot through with chips of Messianic time . . . For every second of time was the strait gate through which the Messiah might enter.”[vi] Messiahs don’t show up once and for all. Instead, the presence of the divine invades the here and now so that we are not alone in the midst of suffering due to oppression. Messianic solidarity with the oppressed in the midst of hopelessness might indeed be the only hope hoped for. Perhaps this is the sad paradox: that hope might be found after it is crucified and then maybe resurrected in the shards of life. For this is the hopelessness that was described in Paul’s admonition to imitate father Abraham who “beyond all hope believed in hope” (Roman 4:18).

* This article is part of a larger work, The Politics of Jesús, to be released on July 2015. 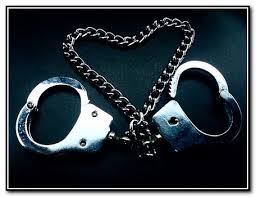 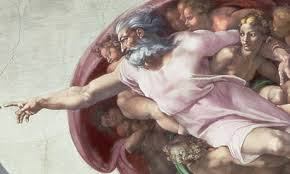 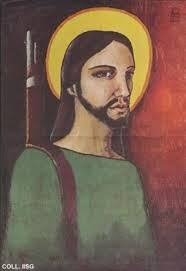