One of the seven angels who had the seven bowls came and said to me, “Come, I will show you the punishment of the great prostitute, who sits by many waters. With her the kings of the earth committed adultery, and the inhabitants of the earth were intoxicated with the wine of her adulteries.”  Then the angel carried me away in the Spirit into a wilderness. There I saw a woman sitting on a scarlet beast that was covered with blasphemous names and had seven heads and ten horns. The woman was dressed in purple and scarlet, and was glittering with gold, precious stones and pearls. She held a golden cup in her hand, filled with abominable things and the filth of her adulteries. The name written on her forehead was a mystery: babylon the great, the mother of prostitutes and of the abominations of the earth. I saw that the woman was drunk with the blood of God’s holy people, the blood of those who bore testimony to Jesus (Rev. 17:1-6, NIV).

Christian biblical exegesis has historically associated the “whore of Babylon” with the Antichrist of Revelation. The term “whore” has less to do with any sexual transgression and more on the act of idolatry — specifically, “whoring” the church to serve the political interests of rulers. Not surprisingly, much speculation swirled around who this “whore” signified. Biblical scholars have mostly interpreted Babylon to be the Roman Empire of the time which was engaged (until 313 CE) in sporadic persecution of Christians throughout sectors of the empire. An interpretative clue is found in verse 9, where the “whore” sits on “seven mountains,” a possible reference to the seven hills of Rome, where she rules over the kings of the earth (Rev. 17:18).

During the Medieval Age, reformers and critics within the Catholic Church (some who eventually were elevated to sainthood) equated the papacy with the whore of Babylon, specifically for its internal corruption, practice of simony, and most importantly, its political maneuvering to enhance its earthly powers and dominions. Leaders of the Protestant movement (i.e., Luther, Zwingli, Calvin, Knox, Wesley), strengthened this association by generalizing the entire Church as corrupt, rather than a more complex analysis that would criticize specific periods and/or popes. The pope as Antichrist, leading the Catholic Church as whore into apostasy, was not only a mainstream interpretation during the rise of Protestantism, but has remained a popular interpretation, especially among many fundamentalists, dispensationalists and right-leaning evangelicals today.

Maintaining such an interpretation is problematic, especially because: 1) it feminizes idolatry, signifying the term through a sign of female sexuality; 2) it undergirds an anti-Catholic bias still held by some Protestants today; and 3) it contributes to a troublesome dispensationalist interpretation fostering greater division within the body of Christ. Nevertheless, as knotty as the sign “Whore of Babylon” might be, it does raise a valid critique for a church, any church, which exchanges the radicalness of the gospel message for the status quo of oppressive social structures in hopes of obtaining political power and privilege.

“God is on our side” has led to more bloodletting in the form of crusades, wars, colonialism and genocides than any other human caused catastrophe — a truth in which all faith traditions have, at one time or another, participated. All churches have played the “whore,” falling into the temptation of tailoring the liberative Good News to sell a political ideology or party as ordained by God, a temptation existing for the religious right, the religious center and the religious left.

So the question with which to wrestle is who today, in this particular historic period of time, best signifies the whore of Babylon? Sadly, I have to consider if we, who call ourselves Evangelicals, are filling this role. There was a time when Evangelicals had a disproportionate say in American politics, a constituency group that helped a divorced actor, more interested in astrology, win the presidency over and against a Sunday school Bible teacher. No doubt, the 1980s were the Evangelical heydays, influencing conservative social positions based on personal piety. But much has happened in the past 35 years: same-gender marriage, white births representing less than 50 percent in demographics. Affirmative action, that for centuries ensured job opportunities and college acceptances for white males, has been challenged. Police officers are scrutinized and held accountable for what once was the unchallenged norm: killing unarmed people of color.

It’s a different, scarier world for those accustomed to power and privilege as they attempt to adjust to a more pluralistic environment where their birthright is being questioned and chipped away. To make America great again is to pine for a time where I would have been relegated to mopping the floors of my graduate school’s classrooms instead of teaching in them. I understand the once powerful Religious Right had great sway within the GOP, and it is natural to want to reclaim some of the power and prestige once held. But at what price?

As I witness the Evangelical Religious Right rush to present a non-Christian as a God-faithful servant, I cannot help but wonder if we are pimping the Body to the highest political bidder? Let’s be clear, no political party, especially the Republicans or Democrats, are God-ordained. No president, emperor or prime minister is the Messiah. This does not mean Christians shouldn’t be engaged in the political process; it means their involvement is to be a conscience to those within their own party pointing to how the policies of their party fall short of the Good News — not to coronate the new emperor as medieval popes once did. And yet, as I have been watching the Republic National Convention this week, I cannot help but wonder if indeed we Evangelicals are prostituting ourselves.

Here are just three examples that should make all Christians, not just Evangelicals, cringe. Unfortunately, many of us who are so-called religious leaders seem to have lost a prophetic voice denouncing these types of idolatrous leanings:

And finally, maybe I am asking the wrong question, falling into the trap of naming the Other the “Whore of Babylon.” Maybe, what this biblical imagery is supposed to elicit is the same question that arose during the Last Supper when Jesus stated that one at the table was going to betray him. Like the disciples, when trying to figure out who is the “Whore of Babylon,” we might make more progress if we begin by asking: “Is it I, Lord?” 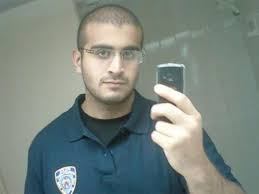 A rush is on to call Omar Mateen, the “Other.” He must be the antithesis of Americans. He is evil, we are good. He is Muslim, we are saved. He is a foreigner, we belong. He is an external threat to our lifestyle, thus we… 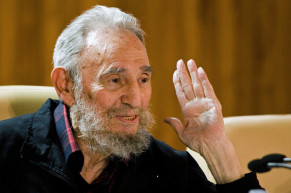 They are dancing in the streets of Miami. The man who has impacted the trajectory of my entire life is no more. And yet, his power over my life — and all Cubans who find themselves in a land not their own — will continue…