Bless their hearts. Earlier this week, some 8,000 delegates representing the denomination that ordained me some 25 years ago gathered in Birmingham, Alabama, to hold their annual conference. Faced with a history of racism, patriarchy, and sexual abuse, they came together to put into words what they continuously fail to enact in deeds. The Southern Baptist Convention amended their governing documents on June 11 to explicitly state that churches mishandling cases of sexual abuse or racial discrimination will no longer be permitted to remain in fellowship with the Convention.

Pleased with themselves, SBC Executive Committee President Ronnie Floyd told the delegates that their proclamation provided “a clear signal not only about what we believe about sexual abuse, but we also stand against all ethnic discrimination in the United States and around the world.” One would think that such a declaration would taste sweet as honey in the mouths of those who have lived a lifetime of racial or sexual abuse in the hands of multiple Southern Baptist churches. But the taste quickly turned bitter due to the disingenuousness of pronouncements that contradict everything the Convention continues to support. If they were to fully and meaningfully implement this policy, I doubt that the Convention would be left with any churches as members, for they all remain complicit with racist and sexist structures that rob many of us of our very humanity.

The constitutional amendment is meaningless as long as the SBC continues to advocate for the very politicians who support racist and misogynist policy in order to appeal to the demographic that overwhelmingly overlaps with the SBC itself, which is 85% white. They can use all the politically correct rhetoric they like to appear woke, not having to worry about whether their white, cisgendered privilege will continue to be protected by those whom they elect for public office.

Absent from their discourse is how the social and political structures they support remain racist and sexist largely in their favor and were designed at the founding of the Republic to afford them with unearned power.

Absent from their declaration is any commitment to participate in the tedious task of using their white cisgendered privilege to dismantle these same social structures. Racial discrimination is more than a bias disposition; it’s more than simply calling me a “spic.” Racial discrimination also includes the political pronouncements and positions they overwhelmingly defend by electing those committed to expanding white supremacy and misogyny. Regardless of whatever SBC directive they vote for, or how sincere they believe their rhetoric is, the nationalist-oriented Southern Baptist Convention continues to be among the greatest religious existential threats in this country to women, queer folk, and communities of color.

When two-thirds of evangelicals support Trump’s southern wall to keep people who look like me out, they are advancing ethnic discrimination. When 81% of white evangelicals voted for a man who launched his political campaign by saying that I—who for almost a decade was undocumented—and people who look like me bring drugs, bring crime, and are rapists, they are advancing racism. When they refuse to call out one of their own popular ministers, Robert Jeffress, pastor of First Baptist Church in Dallas, who has dismissed the president’s sexcapades with a porn star by claiming that “even if it’s true, it doesn’t matter;” he and the rest of the delegates who remain complicit through silence are advancing misogyny.

There’s something about serving two masters, where you end up loving one and hating the other. You cannot say you stand against ethnic discrimination while chanting “build the wall.” You cannot say you stand against the sexual abuse of women while perpetuating other abuses, like dismissing their humanity through the control of their uteruses or the denial of the pulpit.

Delegates mask their allegiance to a prolific racist dog-whistler and unrepentant sexual predator who boasted of grabbing women by their pussies, by enacting eloquent edicts that remain meaningless if real transformation isn’t brought about. Only when the Southern Baptist Convention becomes faithful in the little things—calling out politicians regardless of political party for their racism and complicity with sexual abuse—can they be trusted in the big things, namely cleaning house by moving away from the nationalist white Christianity they have adopted.

And even then, after being founded on its defense of slavery and over a century of maintaining and sustaining Jim and Jane Crow, it will still be difficult to trust their words, which remain devoid of praxis. If the Convention indeed wishes to repent from its historical commitment to racism, then repentance must begin with a confession that goes beyond the recent acknowledgment of the denomination’s past. That confession should begin by wrestling with a study that demonstrates how most whites who voted for Obama switched their votes to Trump, not for economic factors as per the national narrative, but because of racial and immigration attitudes. Until the Convention deals with the reasons it mainly supports a president who finds the good among white nationalists, any anti-racist pronouncements made, regardless of how sincere and stirring they may be, remain duplicitous.

But the Convention isn’t really interested in a true transformation. The Faustian bargain made for the sake of Supreme Court appointments trumps any assertions about ever being genuinely committed to racial or gender justice. Regardless of politically correct pronouncements made during the annual conference, their lifestyle and political viewpoints continue to deny significant parts of the Jesus in whom they claim to believe.

One can even argue that, due to Southern Baptist complicity with racism since its founding, it was never a Christ-following denomination, but was, at best, a white cultural association that fused and confused the Gospel with white nationalism. At worst, as theologian James Cone reminds us, it was a component of a satanic white theology. Satanic because they worship the white god who has been, and continues to be, silent on Black Lives Matter, on the subordination of women, and on the “epidemic of death” among the undocumented on our southern border.

Rather than make statements against racist and sexual abuse, it might make more sense for these delegates to “get saved”; to turn away from the white god they worship who is politically justifying the decimation of those who don’t look like most of the SBC membership. Let them get saved not by what they profess, but by what they do, specifically crucifying their white cis-gender power and privilege on the cross. 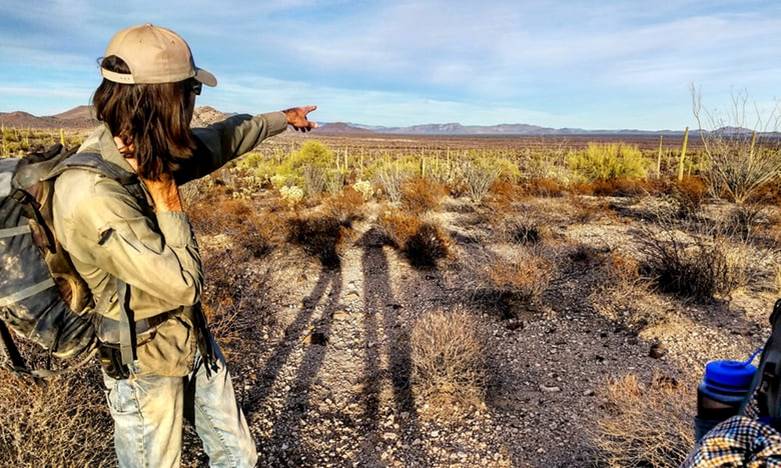 This country has an odd way of defining “religious freedom.” Refusing to bake a wedding cake for a gay couple or refusing to sell contraception at a pharmacy are defined as a religious right by self-professing Christians and safeguarded under the banner of protecting “religious…